Kraftwerk Mehrum GmbH (KWM) operates a coal-fired power plant with a net output of 690 MW. Mehrum is located between the cities of Hannover and Braunschweig directly on the Mittelland Canal.

The electrical output is enough to supply 700,000 households or about 1 million people with electrical energy, which corresponds to a supply area of the Hannover region. The operating range of the power plant is between 150 MW and 690 MW net. Due to the very flexible design, the system can adapt the power production to the individual needs of the power grid and meet the increasingly fluctuating load requirements due to the renewable energies. The system is characterized by relatively high availability rates and high reliability for the shareholders and for the load dispatcher.

In 1979, the coal-fired power station with a net output of initially 654 MW was put into operation. In 2003, extensive efficiency-enhancing measures were implemented (retrofit measure at the turbine, heat recovery in the flue gas system, optimization of cooling tower installations), which led to an increase in net output of 36 MW to 690 MW today and an increase in efficiency to around 40 %. Thanks to these measures, around 80,000 tons of hard coal and around 180,000 tons of CO2 are saved each year in the environmental balance with comparable output.

In the three-stage flue gas cleaning system, around 70 % of the nitrogen oxides contained in the flue gas are first neutralized in the catalytic converter. In the downstream electrostatic precipitator 99.9 % of the fly ash particles are captured and fed to the building materials industry as an additive for cement and concrete. In the flue gas desulphurization plant, at least 90 % of the sulfur dioxide is washed out with lime suspension and the resulting “gypsum” by-product is sold to gypsum factories for the production of gypsum powder and gypsum plasterboard.

Currently around 120 employees ensure safe operation of the power plant. In addition, KWM assumes responsibility for the development of qualified recruits in the technical and commercial areas. The avoidance of accidents at work and the guarantee of a high work safety are a natural obligation for KWM. 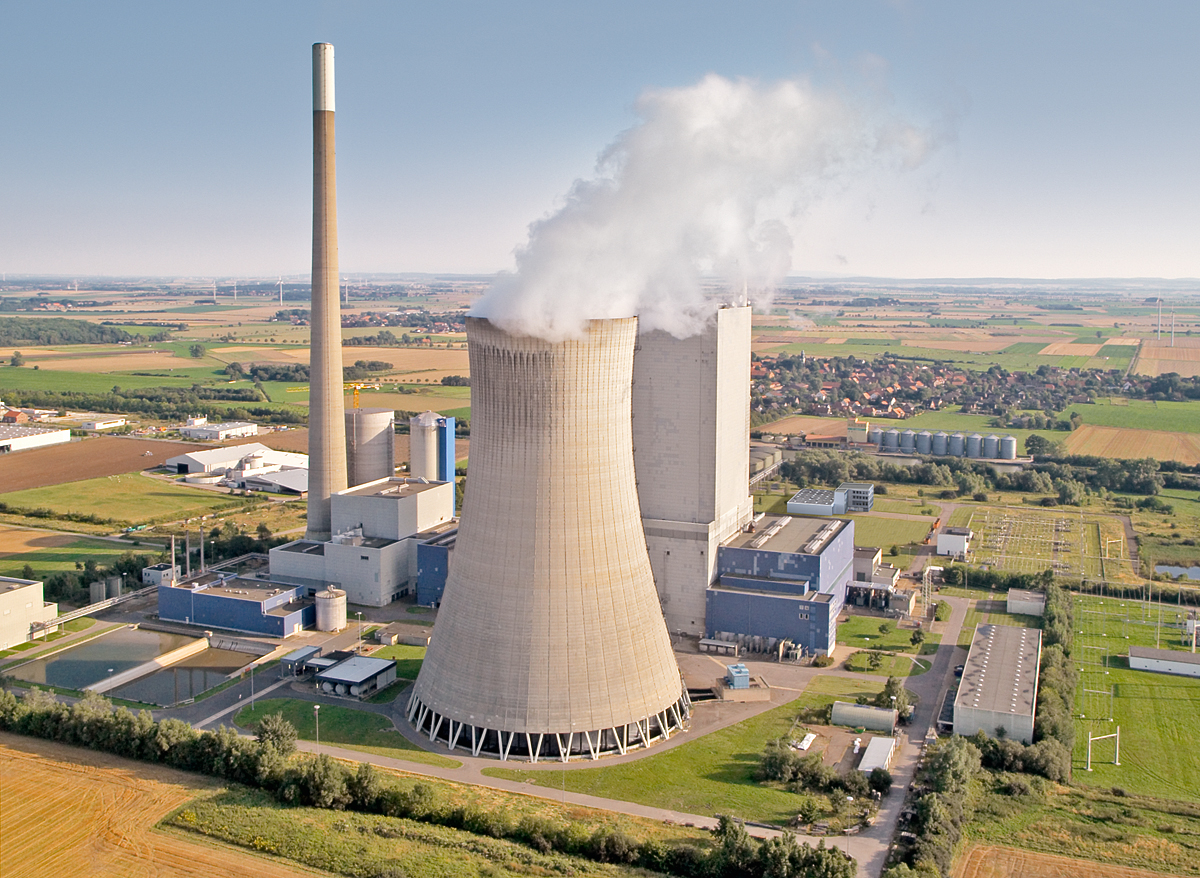